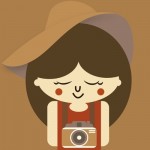 Front Palace or Wang na is the colloquial name for the residence, person and office of Krom Phra Rajawang Bovorn Sathan Mongkol, which was the Siamese monarchy’s equivalent of the viceroyal office of Uparat until the end of the nineteenth century. The office-holder was considered second only to the King, and the heir presumptive. The office is also referred to in English as “Vice King” and “Second King.”