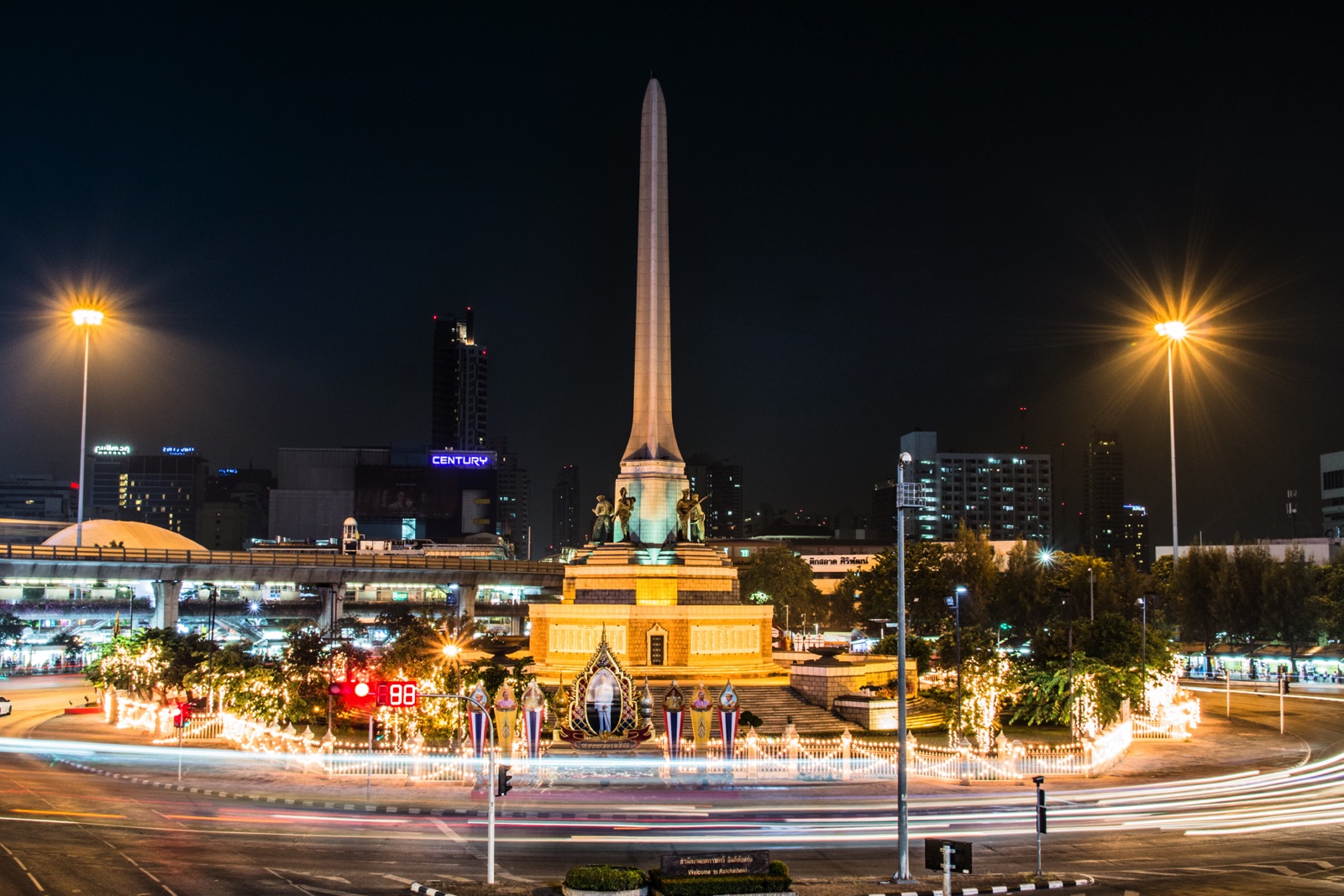 The name Victory Monument, or Anusawaree Chaisamoraphum in Thai, is used for a specific monument as well as the surrounding traffic circle, BTS skytrain station and neighbourhood in general. A tenuous symbol of Thai national unity and pride, the actual obelisk-shaped monument was built in the 1940s to honour 646 Thais who died in the 1940-41 Franco-Thai War. Statues representing the Thai armed forces, police and civil society surround the monument.